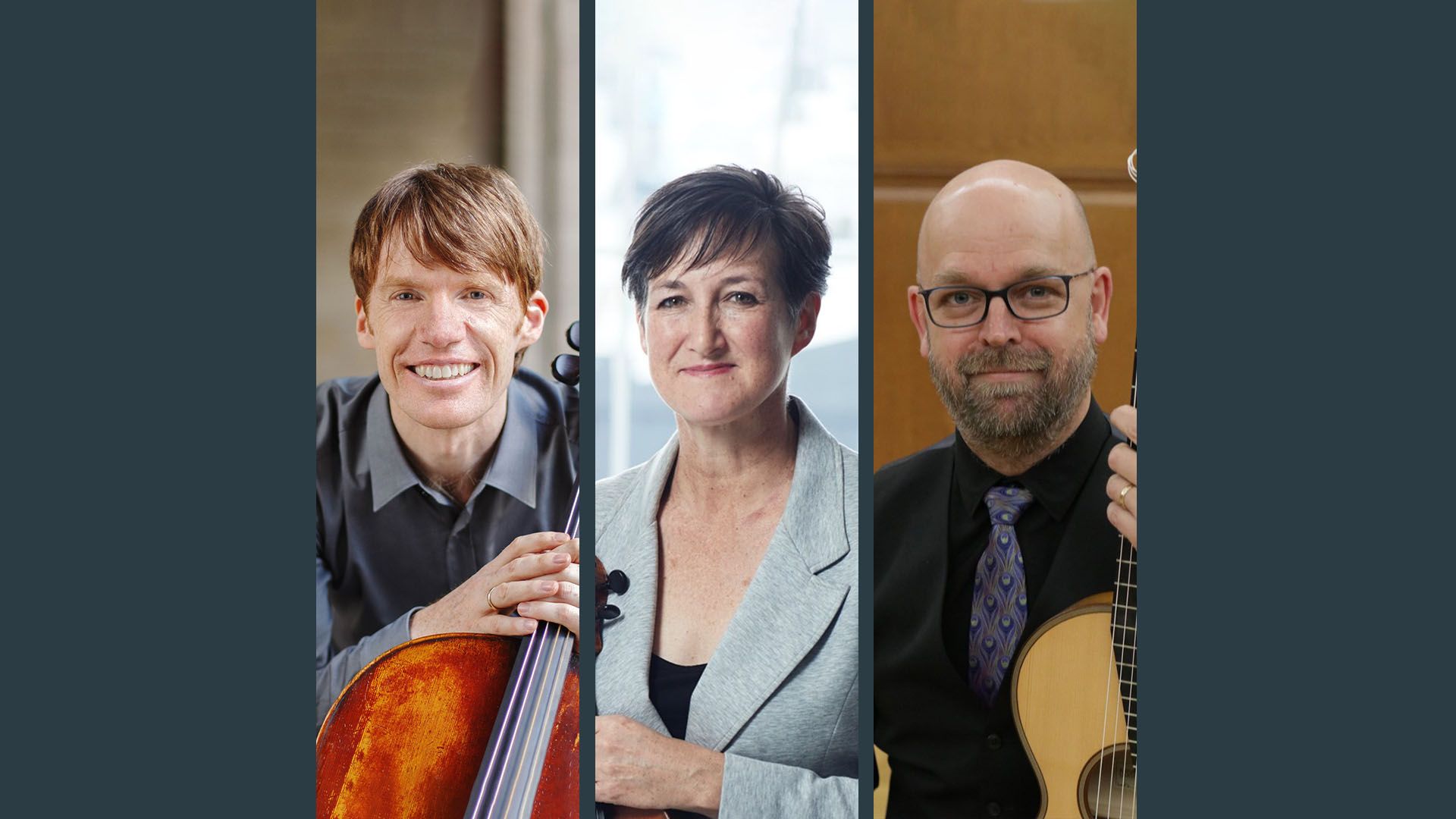 Les Voisins take us on an intriguing journey through French music from the court of Louis XIV to the 1930s jazz world of the Hot Club de France through a wide ranging programme. Featured is New Zealand’s composer, Alex Taylor’s response to the Baroque musical world of the Sun King, Ravel’s Violin and Cello Sonata, the irresistible swing of guitarist Django Reinhardt, and finally the grandfather of jazz violin, Stéphane Grappelli, with the Hot Club de France.

This concert also offers a rare opportunity to see and hear the theorbo, a Baroque plucked instrument of the lute family, which has very long deep bass strings.

Jean-Marie Leclair – Sonata for Violin and Continuo, Op. 2, No. 1 in E minor

Les Voisins means ‘neighbours’ – a reference to the fact that former NZTrio violinist Justine Cormack and sought-after early music cellist James Bush grew up next to each other in Christchurch.  They are joined by Australian lutenist and guitarist Simon Martyn-Ellis who is much in demand throughout Europe and the United States.